Your robot hero is with all the basic and fundamental powers of winning the robot war with full command and control by making the flying robot simulator and flying robot bike flee from the scene after having real destruction by the hands of robot superhero. Use your flying robot bike which is with the power of transform into a robot and show your aptitudes. Your flying hero can transform into bike and vice versa and is brilliant in shooting and eliminating the evils robots including robot x ray, flying motorbike, flying motorcycle and other dark forces of robot boxing games. He is well equipped with the latest technology of robot killing games and can handle even a very long list of his rivals of robot war games in this robot battle.

You are battling in a futuristic city with monster hero who is capable of battling such kind of robot shooting with profound ease and comfort. This flying monster can only handle the robot motor bike of super robot games because other super robot is unable to control this due to the lacking in the powers and affluences of battle robot. The condition of the city of super robot games is very poor as a lot of underworld powers have launched a severe campaign against the peace and stability of the city of bike games. They are using the newly developed technology of robot transform with robot machine and future flying fighting engines. Their intended purpose is to gain the full control by utilizing furious robot, flying Moto and flying bike. They have already caused many severe injuries through the use of heavy bike, hero bike and super Moto and till to the present time they are preceding their activities unbridled and unchecked. A strong check is the need of the hour which is possible only through superhero robot by making its full use against the odds of the city.

Take the control of Moto robot and bring yourself in line to tackle the futuristic bike and all other ill activities under the real check of your super robot bike. You can transform it by keeping the real requirements of this city battle of flying robot games. This bike robot possesses all the fundamental powers and can bring into check the super bike and sports bike that are being used by the people of underworld. Your bike simulator surpasses in the use of powers to the other heroes including bike hero robot Moto by making a comprehensive and authoritative use of bike transform technology. Your robot motorcycle enables you to move forward in this expedition of flying robot games in a convincing manner providing you all the propensities of robot shooting games. Install this game to feel the real change and innovation of robot fighting games. 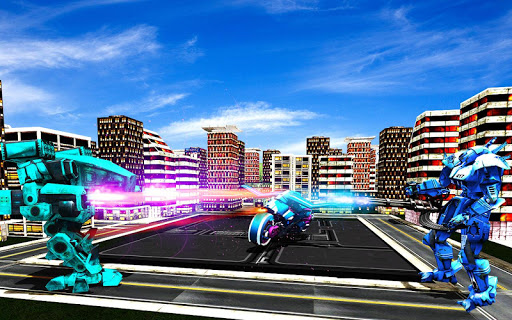 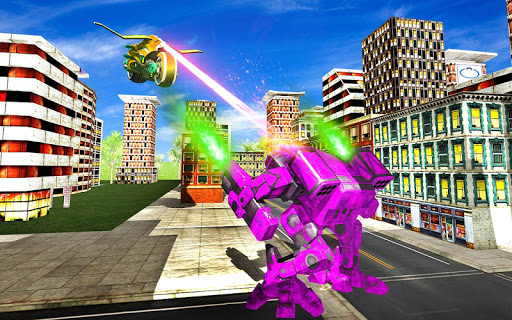